Rotherhithe has a long history as a port, with many shipyards from Elizabethan times until the early 20th century and with working docks until the 1970s. In the 1980s the area along the river was redeveloped as upmarket housing, through a mix of warehouse conversions and new-build developments. Following the arrival of the Jubilee line in 1999 (giving quick connections to the West End and to Canary Wharf) and the London Overground in 2010 (providing a quick route to the City of London), the rest of Rotherhithe is now a rapidly gentrifying residential and commuter area, with current regeneration progressing well around Downtown Road/Rotherhithe Street area and most quickly around Deal Porter Square[2] at Canada Water, where a new town centre with restaurant and retail units as well as new residential developments is emerging around the existing freshwater dock and transport hub. 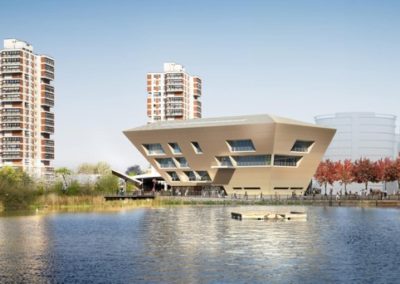 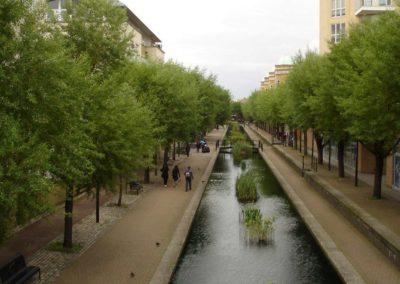